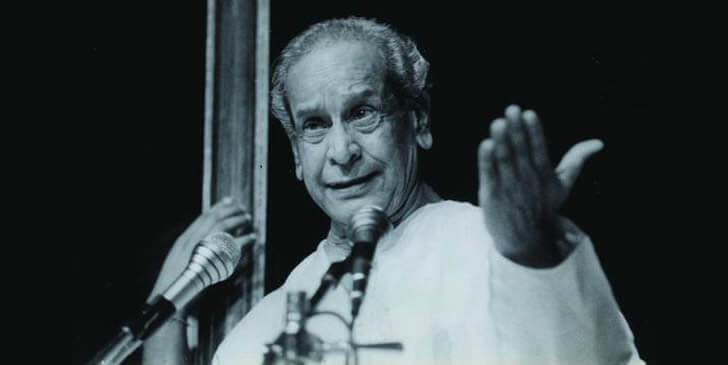 Bhimsen Joshi was born on 4 February 1922 and died on 24 January 2011. The great Indian vocalist from Karnataka, known as Pandit, belonged to the Hindustani classical tradition. A popular singer of devotional music (bhajans and abhangs), he is known for the khayal style of singing. Hindustani classical music, Kirana Gharana, is Joshi's tradition. In addition to his concerts, Joshi toured Afghanistan, Italy, France, Canada, and the United States between 1964 and 1982. A poster advertising his concerts in New York City was the first advertisement for an Indian musician.