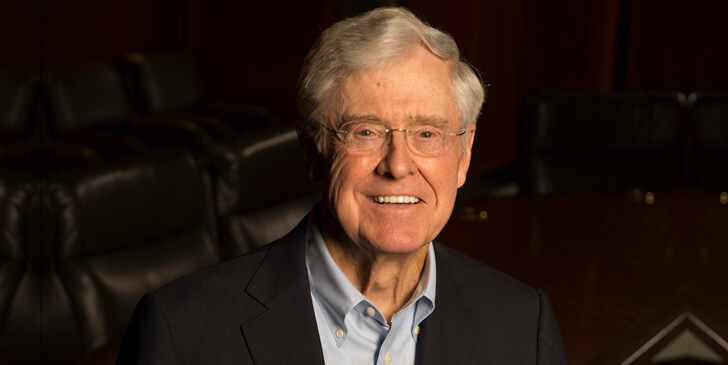 Charles Koch was born in Wichita, the US, in November 1935. He is a multibillionaire businessman from the United States. On the Bloomberg Billionaires Index, Koch was listed as the world's 21st richest person in January 2022, with a net worth of $61.1 billion. His late brother David Koch served as executive vice president of Koch Industries while serving as co-owner, chairman, and CEO of Koch Industries. Each Charles and David held 42 percent of the company. The Koch brothers took over their father's business, Fred C. Koch, and expanded it. Here's a quiz based on Charles Koch.

Let's Start this Quiz
What year did Koch start as director of Entrust Financial Corp and Koch Industries?
Where did Koch finish his studies?
In which of these companies did Koch work after college?
Where was Charles Koch born?
Which award was Koch received in 2011?
Charles Koch's brother, who serves as the Executive Vice President of Koch Industries?
To whom did Koch get married?
What year did Koch finish his master's in mechanical engineering?
When was Koch awarded President's Medal from Wichita State University?
When was Charles Koch born?