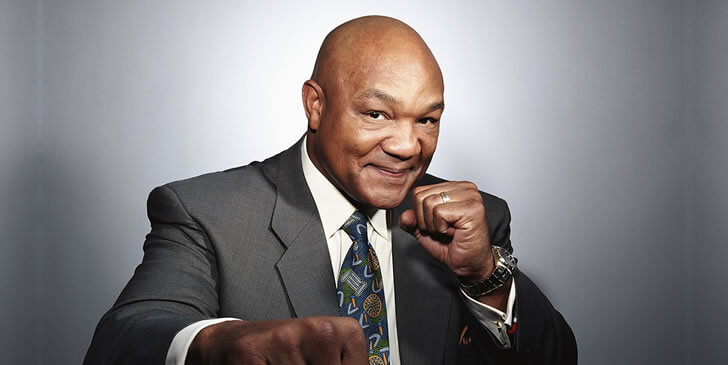 George Edward Foreman was born in Texas, the U.S., in January 1949. He is a former professional boxer, minister, entrepreneur, and author from the United States. Foreman was known as "Big George" in boxing and competed from 1967 to 1997. As a two-time heavyweight world champion and Olympic gold medalist, he has achieved immense success in sports. Foreman is recognized as the founder of the George Foreman Grill. The Ring named him one of the top 25 fighters of the past 80 years in 2002. According to The Ring, he is the tenth best puncher. Here's the quiz based on George Foreman. Let's play the quiz.