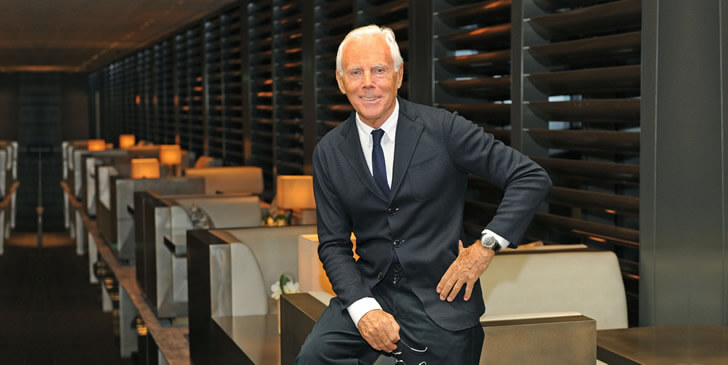 Giorgio Armani was born in July 1934. He is an Italian fashion designer. In 1975, Armani founded his company, Armani, which eventually diversified into music, sport, and luxury hotels. He gained notoriety initially, working for Cerruti then for Allegri, Bagutta, Hilton, and many others. As of 2001, Armani was known as the most successful designer of Italian origin and had pioneered red carpet fashion. He is also the richest openly LGBT person globally and is influential among top brands in the fashion industry.