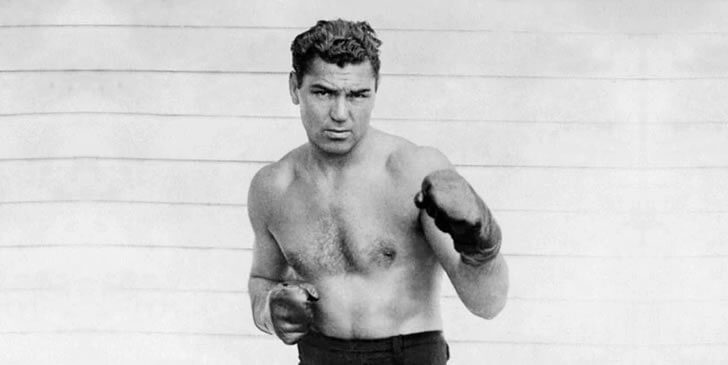 William Harrison "Jack" Dempsey, nick-named Kid Blackie and The Manassa Mauler, was born in Colorado, U.S., in June 1895. He was an American professional boxer who competed from 1914 to 1927. From 1919 until 1926, he was the world heavyweight champion. Dempsey's aggressive fighting style and great punching power made him one of the most famous boxers in history, making him a cultural icon of the 1920s. Many of his fights broke attendance and financial records, including the first million-dollar gate. Here's a quiz based on Jack Dempsey.

Let's Start this Quiz
When did Jack Dempsey die?
Who was the only fighter to defeat Jack by a knockout?
After retiring from professional boxing, Jack co-starred in what 1933 film?
"The Long Count" occurred in a fight against what champion?
After being World Heavyweight Champion from 1919 to 1926, Jack finally lost the title to what boxer?
When was Jack Dempsey born?
Where was Jack Dempsey born?
Dempsey was best known by what nickname?
What year did Jack Dempsey retire from boxing?
Who did Jack fight in the match dubbed "The Fight of the Century"?