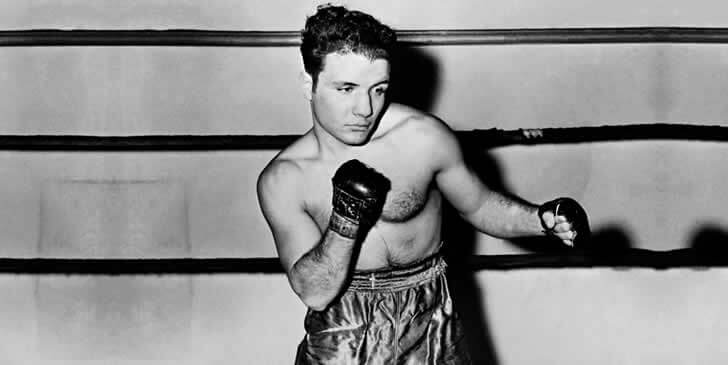 Giacobbe "Jake" LaMotta was born in 1922 and died in 2017. He was an American professional boxer, often known as "The Bronx Bull" or "Raging Bull," was a strong fighter who thrashed his opponents in the ring despite his lack of striking strength. Due to his gritty fighting style, LaMotta typically took in as much as he gave out in an age of outstanding middleweights. Throughout his career, LaMotta's strong skull and jaw muscles allowed him to absorb huge amounts of punishment, and he is considered to have one of the strongest chins in boxing history. Take this quiz to find out how much you know Jake LaMotta.