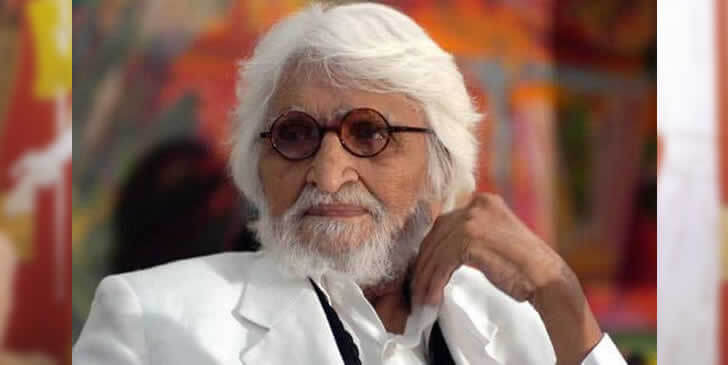 Maqbool Fida Husain died in 2011 after being born in 1915. He was an Indian painter specializing in large, brightly colored narrative paintings in a Cubist style. He was one of India's most well-known and internationally recognized artists in the twentieth century. He was a member of the Bombay Progressive Artists' Group. Through the Eyes of a Painter won him the National Film Award for Best Experimental Film in 1967. In 2004, he directed Meenaxi: A Tale of Three Cities, a film he co-wrote with his artist son Owais Husain and premiered at the 2004 Cannes Film Festival's Marché du Film section. Take this quiz to test your knowledge of M. F. Husain.