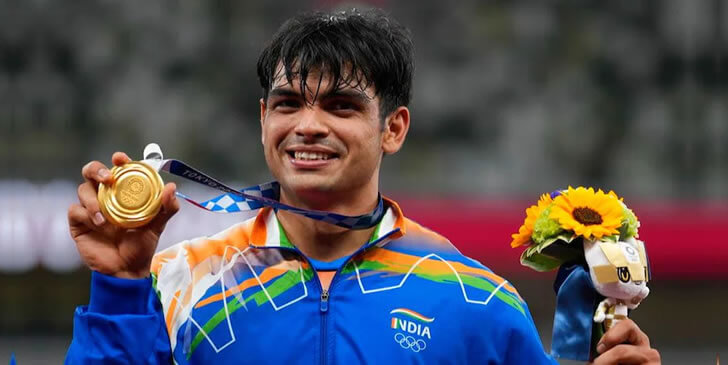 Neeraj Chopra is the 2020 Olympic Tokyo Gold Medalist born in the year 1997.  Chopra was born in Khandra village of Panipat district, Haryana, into a largely agricultural family. His father's name is Satish Kumar, and his mother's name is Saroj Devi. He is an Indian athlete who plays javelin throw at the International level. Neeraj Chopra becomes the first track and field athlete who wins the 2020 Olympic gold medal. He received many rewards and honors from the government of India for his performance as an athlete. Let's take a quiz to know how much you know about Neeraj Chopra.