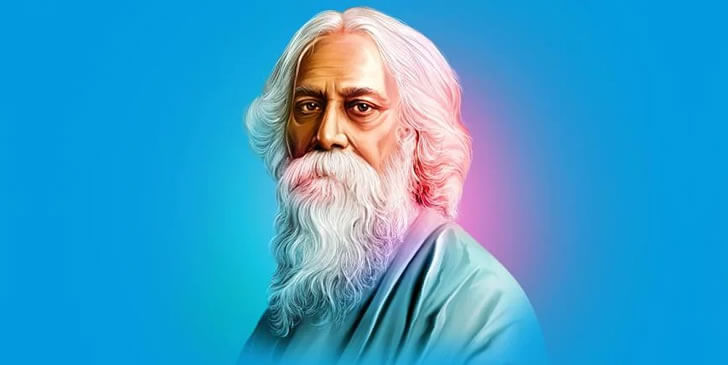 Rabindranath Tagore was born in May 1861 and died in August 1941. He was an Indian polymath, poet, playwright, composer, philosopher, social reformer, and painter. Contextual Modernism influenced Bengali literature, music, and Indian art during the 19th and early 20th centuries. His "profoundly sensitive, fresh, and beautiful" poetry earned him the Nobel Prize for Literature in 1913. As a result, he is often called "the Bard of Bengal." He was also a fellow of the Royal Asiatic Society.

Let's Start this Quiz
When was Rabindranath Tagore born?
What was Tagore's most well-known collection of poems?
What was the name of Tagore's wife?
When was he awarded a knighthood, and by whom?
Which of the following was Tagore's most famous artwork?
When is Tagore's death anniversary celebrated?
Which of the two nations chose his work as national anthems?
Tagore won the Nobel Prize for?
Whom did Tagore meet during his travels in 1930?
What was the name of the institute that he founded?