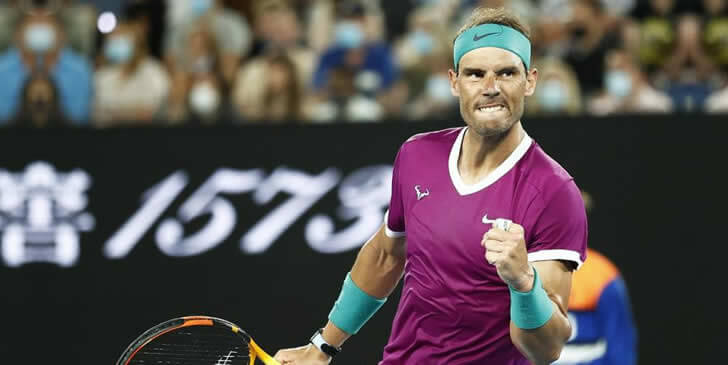 Rafael Nadal Parera was born in Mallorca, Spain, in June 1986. He is a Spanish professional tennis player. The Association of Tennis Professionals has been at No. 5 globally, Nadal has been No. 1 for 209 weeks, and he has won the year-end No. 1 five times. Nadal holds the record for most Grand Slam men's singles titles with 21. He has 90 ATP singles victories, 62 of which have been won on clay, including 13 French Open titles and 26 Masters titles. Nadal's 81 consecutive wins on clay are the longest single-surface victory streak of the Open Era. Here's a quiz based on Rafael Nadal.

Let's Start this Quiz
Nadal Rafael won his 19th Grand Slam title and fourth US Open title by defeating which player in the final?
Rafael won which medal at the Olympic Games in Beijing?
When was Rafael Nadal born?
In which year did Nadal win his sole Australian Open title?
To whom did Rafael Nadal get married?
Where was Rafael Nadal born?
Which of these Masters 1000 tournaments has Nadal never won?
Nadal won the French Open on his first attempt as a 19-year-old in 2005. So who did he beat in the final?
Nadal appeared in a music video in 2010. So which one of the following was it?
When did Rafael become a professional player?