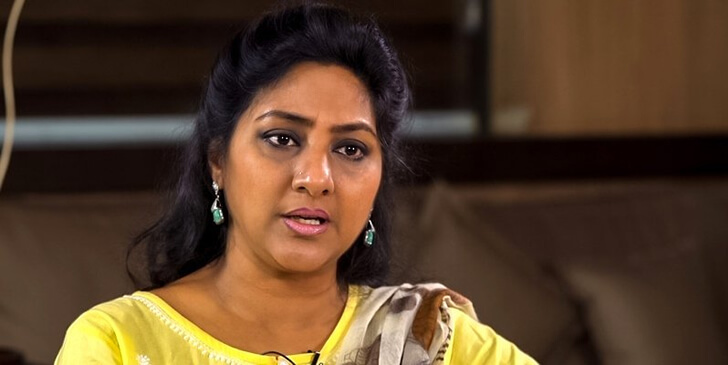 Rohini Molleti was born in 1969 in Andhra Pradesh. She is a songwriter, actress, and screenwriter from India. She has primarily appeared inTelugu, Malayalam, and Tamil films, as well as a few Kannada movies. She began acting when she was five years old and has since appeared in around 130 south Indian movies. For the 1995 movie Stri, she won the National Award of Special Mention as well as the Andhra Pradesh state Nandi Special Jury Award for Best Performance. Let’s play the quiz based on Rohini Molleti.