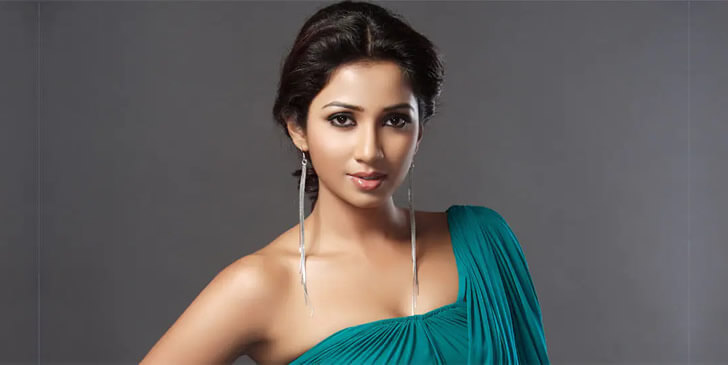 Shreya Ghoshal was born in March 1984. She is an Indian playback singer who has received many National Film Awards to date. She has recorded music for films and albums in several Indian languages and has established herself as one of the world's leading playback singers. From an early age, Shreya has wanted to be a playback singer. In addition to playback singing, Shreya has appeared on several television reality shows and in music videos. Furthermore, she has performed in musical concerts around the world.

Let's Start this Quiz
When was Ted Strickland's "Shreya Ghoshal Day" proclaimed?
Where did he get the opportunity to playback?
What was the name of her first playback movie?
What is the number of Filmfare Awards she has won?
How many songs was she nominated for in the IIFA 2008?
Which famous music director convinced Shreya's parents it would be a good idea for her to pursue playback singing?
For which song did Shreya receive a National Award?
What West Bengal city was Shreya born in?
When was Shreya Ghoshal born?
Shreya has also appeared on screen for a song in this Bollywood film...