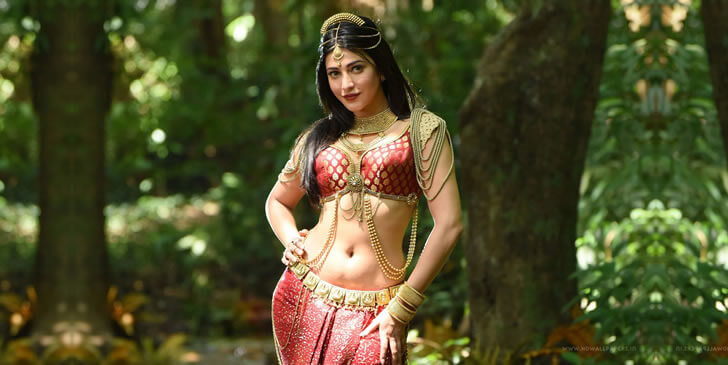 Shruti Haasan was born in 1986 in Tamil Nadu. She is a playback singer and actress from India who primarily performs in Tamil, Telugu, and Hindi films. She is the Haasan family's first-born child and the Sarika Thakur and Kamal Haasan acting duo. Before making her debut appearance in the Hindi film Luck (2009), she performed in films as a child singer and performed a guest role in her father's film Hey Ram. She first gained recognition in 2011 with the Telugu films Anaganaga O Dheerudu and Oh My Friend the Tamil science fiction action film 7aum Arivu. Let’s play the quiz based on her.