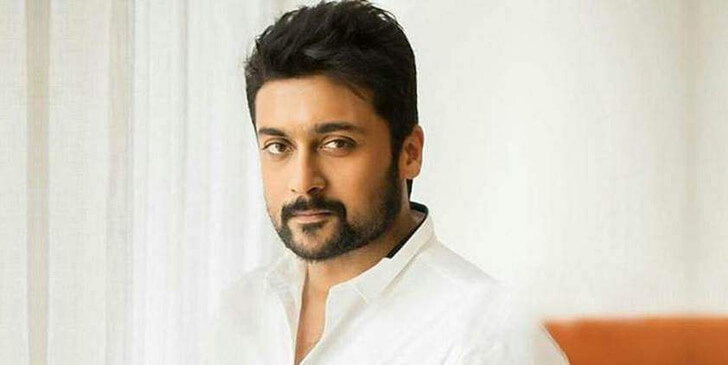 Saravanan Sivakumar was born in 1975 in Tamil Nadu, India. He is one of the popular Tamil megastar actors who is popularly known as Suriya among his fans. Suriya is also a film producer, television presenter, and philanthropist. Fans and the media dubbed Suriya "NadippinNayakan" ("Hero of acting"). He is primarily recognized for his work in Tamil cinema, where he is one of the highest-paid performers in the industry. He also appeared in a few Hindi films. Here are 10 of Suriya’s quiz questions. Let us play the quiz!

Let's Start this Quiz
What role does Suriya play in the film Ayan which was released in 2009?
Where was Suriya born?
Suriya was ______’s brand ambassador in Tamil Nadu along with R. Madhavan back in 2004?
To whom did Suriya marry in 2006?
Where did Suriya work before becoming an actor?
What is Suriya's full name?
How many Filmfare Awards South did Suriya win till 2021?
When was Suriya born?
Who is Suriya?
From which Tamil Film did Suriya begin his acting career?